The Rooftop at Screening Room

The Rooftop at Screening Room is one of those places that doesn’t pretend to be anything it isn’t. You won’t find Singapore’s über-cool kids drinking S$50 cocktails and dancing to the tunes of international DJs here, you’ll find an intimate, cosy rooftop bar where you can eat, drink, chat and relax without worrying about making next month’s mortgage payment every time you go to the bar.

The Rooftop pairs dinner and drinks with classic films and it is a hidden gem among Singapore’s bar scene. It’s not that much of a secret though, it made the Sunday Times list of the Top 20 Rooftop Bars in the World and when you’re here, you’ll know exactly why.

The Rooftop do a fine line in tasty finger food including BBQ chicken wings and beef satay and one of the most innovative elements of their food preparation is the pairing of food with film. As an example, when they showed The Godfather, pasta and cannolis were served; presumably when Cool Hand Luke showed, boiled eggs were on the menu and when James Bond is on, expect a vodka martini….

Without question, the signature drink of The Rooftop is the Mojito, specially created by master Spanish mixologist Jose Alonso Sanchez but there is a wide range of cocktails, beers and wine and the ex-pat community is well-represented since they have Hoegaarden on tap.

The Rooftop sits perfectly amongst the trendy bars and restaurants on Ann Siang Road and just a word of caution, it’s pretty small so get there early!

If hilltops could talk, what stories would they tell? Fort Canning Park has seen its fair... 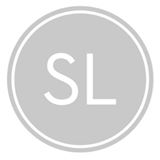 From luxurious super-malls to ultra-hip neighbourhood boutiques, here’s everything you nee...

The Singapore Botanic Gardens is the world’s only tropical garden designated a UNESCO Worl...