Your Guide to the best beaches in the Philippines 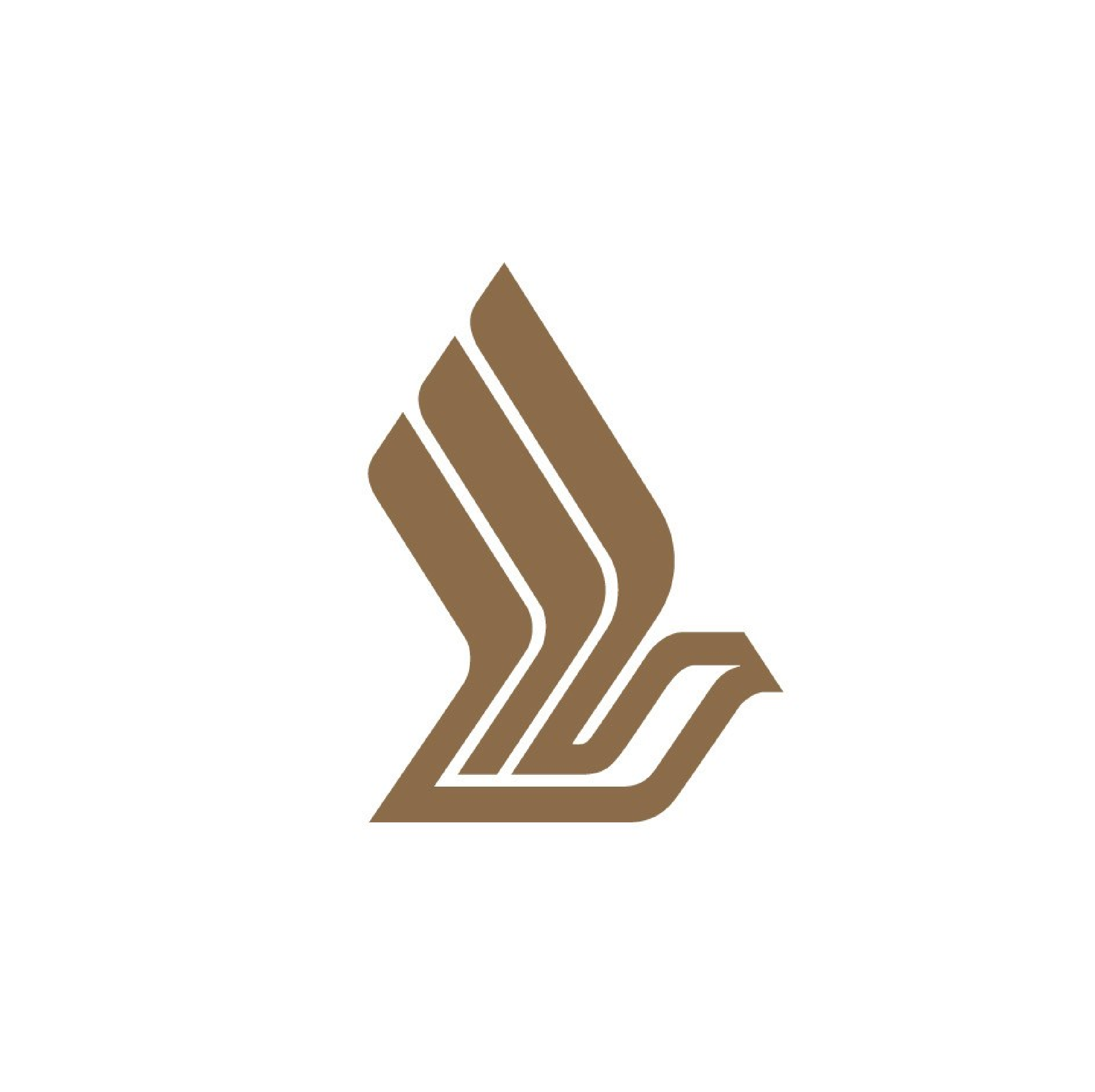 Here is SilverKris’ guide to the most stunning beaches in the Philippines… prepare for wanderlust.

There are two kinds of travellers to the Philippines: those amid the tourist crush of Boracay, the most visited island in the archipelago; and those who seek emptier horizons just a short flight away. On Boracay’s porcelain White Beach (main image), lobster-pink beachgoers have the air of harried crabs, scuttling from sea to shade to escape the hawkers. The clued-up holidaymakers, found in the likes of Palawan or Mindanao, have less to complain about. All they have to contend with are crystal-clear waters, palm-fringed coves, emerald lagoons and, crucially, deserted beaches.

But with 7,641 postcard-print islands to consider, the Philippines is hard to comprehend, even for those in the know. It is home to islands most people have never heard of; places encircled by ageless oceans, where life yields to the tides as it has done for centuries.

It was on one of these islands that author-turned-filmmaker Alex Garland was inspired to write The Beach, the ’90s cult novel about a group of backpackers who discovered island utopia in Thailand. Released 20 years ago, then turned into a movie starring Leonardo DiCaprio, the book proposed that paradise was possible, but only if you worked hard enough for it.

While the novel captured the popular backpacker zeitgeist of the times, the result was Thailand’s beaches, not those in the Philippines, became the movie’s standout star. The irony wasn’t lost on its author: The six months he spent living in the Philippines, about 1,190 nautical miles east from Thailand across the South China Sea, taught him not to share their secrets with anyone. And still today, it’s easy to see why. Here are the ultimate islands for those in search of similar life-affirming adventures

This Visayan island swims in superlatives. With a population of boat builders, fishermen and coconut farmers, Malapascua’s chief draw is as a hub for thresher-shark diving; sightings are near guaranteed. The vortex of this activity is Monad Shoal, the only place in the world where the trident-tailed biters can be seen like clockwork at sunset and before sunrise. At shallow depths of around 20m, they congregate on a sea plateau in huge numbers, using the seamount as a symbiotic cleaning station for gum-grinding fish to remove and eat parasites from their skin.

“This is behaviour that isn’t seen anywhere else in the world,” says David Joyce, co-owner of Evolution Diving, a shorefront resort on the island. “The threshers are the draw, but there’s far more to the scuba than that. There are swim-through caves and exceptional wreck-dives here. The island has yet to grow up, but that’s the way we like it.”

Radiating from the island jetty, a 30-minute bangka (boat) ride from the northernmost tip of Cebu, a web of traffic-free sandy lanes is home to beach bars, low-key seafood grills, and divers relaxing after the drama of the sea. That makes a case for yet another superlative: coolest island in the Visayas.

Fabled for their pristine coastlines, the Visayas are the blockbuster destination of the Philippines. The scattering of islands is home to the same kind of heavenly sands and lolling waters as found in Indonesia or Vietnam. But what makes the nugget-shaped island of Panglao (above) so enigmatic is its special kind of hyper-realised beach holiday.

On its south coast, on Bikini Beach, the glittering shore has little company other than the ocean breeze and a clutch of small-scale hotels. On its north coast, on Momo Beach, it’s the same story. Follow the beach away from the road, and the guesthouses begin to disappear. You’ll find yourself alone, with just the occasional songbird for company.

Times are changing, though: The island’s increasing popularity has seen it touted as the next Boracay, and ground has broken on a new international airport. For a glimpse of this future, drop by Alona Beach, Panglao’s next big thing, at dusk. While it gets into the groove with a carnival atmosphere, come moonlight, the crowds vanish and you can still have the beach all to yourself.

Where to stay: Bed down at Amarela (above), a rambling lemon-yellow beach house with creaky floorboards, a library and fabulous oceanfront pool.

One of the most alluring provinces in the Philippines, Mindanao is also one that few rarely visit. Seen on a map, it anchors the underbelly of the country, yet still manages to swing like a pendulum towards Malaysia. It is large, sprawlingly so, lush, evergreen and refreshingly honest.

Nowhere sums this up better than the pearl-shaped island of Camiguin, about 10km off Mindanao’s northern coast. The wow factor can be found not only in the warmth of the locals, but also in their backyard waterfalls and ribbed volcanoes (above). Here, there are more mountains of fire per square kilometre than anywhere else in the world.

When the clouds part at dawn, sunlight first hits the cones of Mount Hibok-Hibok and the domed ridge lines of Mount Timpoong. Around this time, there is a clarity that rewards early-morning hikers with views that stretch unearthly distances, into the depths of Mindanao and farther north to the tarsier-inhabited forests of Bohol.

Just as dawn arrives quick in the tropics, night comes down fast, but Camiguin can be toured by motorbike in a matter of hours. The ride takes you past other geological oddities, including a number of thermal springs and the sunken cemetery of Bonbon (above), a graveyard washed into the sea during the birth of the island’s youngest firebrand, Mount Vulcan.

When it erupted, the town’s shorefront subsided, sinking below sea level and leaving its former inhabitants beneath the fizzing waves. The aftermath created an obsidian-black beach line, which today magically dovetails with the encroaching jade forest and sapphire-blue sea.

Where to stay: Book in advance to stay at Casa Roca, a rambling two-storey home with only three rooms, plumped on a rocky outcrop with epic sunset views.

Most surfers have a natural propensity for hyperbole, embellishing beach tales with claims of world-beating waves no matter the conditions. That’s not the case on Siargao, an open community of white-pouring surf and bendy palms in Mindanao. The preferred look in the villages here is still faded shirts and bamboo helmets rather than board shorts, but it’s starting to change.

At Cloud 9 (above), the island’s A-lister Pacific reef break, surfers drip like wet dogs, but maintain grins like catalogue models. This is a serious place for hard-headed surfers, they say, where motorbikes and sidecars are customised for only one reason: to cope with low-riding carry racks retrofitted for longboards.

“The rituals here are pretty simple,” says Chris Black, manager of Buddha’s Surf Resort, located between Cloud 9 and the town of General Luna. “Word of mouth has made this the best seasonal surf destination in Southeast Asia so, when people come, they have little else on their minds. When the swell hits, that’s all that matters.”

The sting in the tail is that it takes some effort to reach Siargao. The options are a single midday flight from Cebu, or a bus-boat-bus-boat-bike combo from neighbouring palm-fringed islands. But that, as any true-blue surfer will tell you, makes it even more rewarding once you get here.

Where to stay: Check in to Kalinaw Resort , a bijou boutique property with only five villas and cosseted by coconut palms.

A version of this article first appeared on www.silverkris.com

Wildlife in the Philippines

It doesn’t matter where you look in the Philippines – underwater, in the air, or on dry la...

Have it all in Cebu, an island province in Central Philippines, where you can switch from...