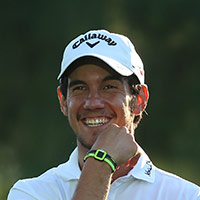 Matteo Manassero is the youngest ever winner of a European Tour event. Born in Verona in 1993, he has played in all four Majors and here, he talks to us about the Singapore Open and the three legends of the game who he’d like to play in his dream fourball.

Matteo Manassero is the youngest ever winner of a European Tour event when he won the Castelló Masters Costa Azahar in Spain and he followed it up with a win at the Maybank Malaysia Open, putting him first and second on the youngest tour winners’ list. Born in Verona in 1993, he has played in all four Majors and here, he talks to us about the Singapore Open and the three legends of the game who he’d like to play in his dream fourball.

As the reigning champion of the last Singapore Open in 2012 dubbed the ‘Asian Major’, are you glad the tournament is back on the tour schedule?

I was really happy to see the news that the Singapore Open is back on the schedule. It’s always been a big event in a great place and on a fantastic course.

What memories do you have of being in Singapore and what has drawn you back to the Garden City for 2016?

Singapore certainly brings back good memories. I had a lot of fun in the city because everything looks so clean and there are some very good restaurants and great places to visit.

What do you like about the Serapong course at Sentosa?

Sentosa is a very difficult test of golf because the course is long with many hazards. I like that the shape of holes are different which makes them memorable. It’s also a fair test and you are rewarded every time you hit a good shot.

Do you have a favourite hole and is there a hole you fear?

15 and 18 are my favourite holes. I have fantastic memories of 18 because it was the playoff hole. It’s tough but with two good hits you can get there in two and try to make an eagle. 15 is a short but scary hole. It doesn’t require driver off the tee but even with a hybrid the tee shot is really tight and important to set up a birdie chance.

Do you have to alter your game at all when you play in Asia?

It’s not necessary, it only takes a few days to adapt on the greens as the grass is much more difficult to read because of the grain on it but that’s the only difference.

Can you describe the feeling of sinking that 12-foot eagle putt on the third playoff hole against Louis Oosthuizen to win the Singapore Open in 2012?

It was my biggest win at that moment and my first playoff win. To do it against one of my favourite players was such an honour.  It’s a great feeling seeing the ball from the final putt drop in the hole after all the nerves throughout the week.

Who would be playing in your dream four-ball and what course would you choose?

Seve, Ben Hogan and Tiger Woods at Augusta would be my dream fourball.

Golf aside, what other sports do you follow? Do you support a football team and what else do you enjoy doing in your down time?

Football is my second passion and I support AC Milan. In my down time, I also enjoy playing football and socialising with my friends.

Five to try: essential items for your Gr...

See Singapore in style, during the GP

Business Package – Return flights in Business Class with Singapore Airlines from London He...

This year’s race, put in perspective