The Great Ocean Road is modestly named: if it was called the Most Amazing Coastal Drive You’ll Ever Go On, nobody could accuse it of boasting. Discover why on the Great Southern Touring Route, which also ticks off heritage towns, spa country and rural Victoria…

Drivers, you’re in for a treat. Passengers, you’re even luckier. Victoria’s Great Ocean Road is as cinematic as car trips get: 243 dazzling kilometres that cling to the cliffs in dizzying loops and arcs – with glittering ocean-and-sand panoramas to one side – and cut through national parks and hushed forests. Talk about an epic tribute: the road was built by returned soldiers between 1919 and 1932, to honour the lives lost in World War I.

Your starting point for the route is Melbourne, Victoria’s cultured capital: coffee-addict; sports-lover; dedicated foodie; gig-goer; trendsetter. Having soaked up some of the city’s laid-back laneway culture, hit the road (the B100 to be precise). If you need another flat white or smashed-avo hit en route, King of the Castle in Geelong should do the trick.

The Great Ocean Road begins in Victoria’s surf capital, Torquay: birthplace of Quiksilver, Rip Curl and the annual Rip Curl Pro contest. If you’re less than steady on a board, book a lesson with Torquay Surfing Academy or swot up on dry land at Surfworld, Torquay’s wild-about-waves museum. Get back on the road for Anglesea and Lorne, which is a magnet for Melburnians in summer: head down early to get your table at Lorne Swing Bridge Cafe & Boathouse.

Holidaying gourmets might also want to drive inland for a meal at Brae, on Cape Otway Road, a half-hour drive from Lorne. Acclaimed Australian chef Dan Hunter’s second restaurant relies on its kitchen garden (and the seasons), with a daily-changing selection of ingredients, showcased to masterly effect. The restaurant has just added six luxury suites, so guests don’t have to stagger far from table to bed.

Paradise By The Sea

Paradise By The Sea

After a beach stroll and a gawp at the surfers in action, keep driving for Wye River, where you can refuel with a pulled-pork burger (in a buttery brioche bun, natch) courtesy of Wye General Store & Café. Kennett River, six minutes away, is one of the best places to spot koalas in the wild: it’s not unusual to spy 30 or 40 of the dozy little critters, perched nest-like in the lofty treetops around the caravan park.

Nearby Apollo Bay is also enticingly known as Paradise by the Sea: go swimming, surfing or fishing for snapper or flathead, then get back on the road for Cape Otway – the southernmost point of the Great Ocean Road region, home to a magnificent national park. Take in the seascapes from the windswept lighthouse, built in 1848 to reduce the number of shipwrecks on this perilous pocket of the coast.

From Cape Otway, drive to Gibson Steps: a cliffside staircase which cascades down to the beach. Gawp at Gog and Magog: two limestone stacks hewn from the mainland by the might of the Southern Ocean. Consider these your warm-up act for the 12 (actually eight) Apostles, a few minutes’ drive away, which you can gasp at on a helicopter ride that also takes in London Bridge, Loch Ard Gorge and the Shipwreck Coast.

Warrnambool, an hour away, offers brilliant surfing and the chance to spot Southern Right whales from Logan’s Beach between late May and early October, when proud mums and their giant babies frolic offshore in Lady Bay. In Warrnambool, you can also visit the Tower Hill Wildlife Reserve, one of Victoria’s most bonkers geological rock formations: a vast volcanic crater, rimmed by beds of ash. When it rains, the conical hills that punctuate the crater’s floor become temporary ‘’islands’ on a lake; whatever the weather, the reserve is home to a wealth of wildlife, including kangaroos, koalas, emus and native birds. The Worn Gundidj Aboriginal Cooperative runs the reserve, offering guided walks (including night walks, when lots of the four-legged locals are at their liveliest) and selling Aboriginal art and crafts in the Robin Boyd-designed visitor centre.

The pretty historic fishing village of Port Fairy, half an hour away, has streets lined with 19th-century cottages, stone churches and great Norfolk pines. Stay over at Drift House, decorated with panache by the artist-owner. There’s no restaurant, so have pizza and cocktails at Coffin Sally or book a table at Merrijig Inn, whose ambitious dishes include tea-smoked salmon salad with smoked tomato, radish pods and seafood consommé; there are bedrooms upstairs if you’ve eaten too much to move (likely).

Your next stop: the Grampians National Park – five eye-widening sandstone ridges running north to south, with dazzling views and hurtling waterfalls (don’t miss a walk to spectacular MacKenzie Falls). Visitors can gawp at ancient Aboriginal rock paintings in shelters throughout the park, go fishing or canoeing on Lake Bellfield and Lake Wartook, or tick off native wildlife, including the two Ks (koalas and kangaroos), plus emus, wedge-tailed eagles and other indigenous birds. If you’re looking for somewhere stylish to snooze, Royal Mail Hotel in Dunkeld has a clever chef and boutique bedrooms that survey lofty Mt Sturgeon, which you can scale in three hours.

Over in Ballarat, a 90-minute drive away, go for gold at Sovereign Hill, an alfresco museum and park set on a 25-acre gold mining site, where actors and horses recreate the world’s greatest alluvial gold rush. You can also join an underground mine tour (but don’t expect to leave a millionaire). Make like Victorian prospectors by bedding down at Craig’s Royal Hotel, whose rooms are decorated with antiques and marble; there’s even a 600-year-old Chinese wedding bed in one room.

On the last leg of the route, fit in a trip to Ballarat Wildlife Park, where you can befriend free-roaming kangaroos, koalas, wombats, Tasmanian devils and giant tortoises, or (less free-roaming) crocodiles, alligators, lizards and snakes.

Don’t miss a pit-stop at mineral-rich Hepburn Springs and the Hepburn Bathhouse & Spa, where you can banish any car-induced aches or cramps with a bubble and soak in the relaxation pools. Continue the theme of indulgence in the spa town of Daylesford and the delicious Lake House, where chef and co-owner Alla Wolf-Tasker champions Victorian produce with a near-religious zeal; Lake House’s bulging awards cabinet is testament to her talents. The restaurant’s menu changes in accordance with the season, as does the spa’s: pine and eucalyptus treatments in winter; grape in autumn; cucumber, mint and aloe vera in summer; roses, citrus and violets in spring. Here, Mother Nature reigns supreme.

You’ll be exhausted after all that pampering. Luckily, Melbourne is just a 90-minute drive away.

10 Things Not To Miss In Melbourne 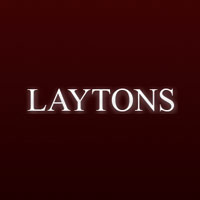 Tom Burke is a Sales Manager at the Jeroboams Group and has been at the forefront of the w...

We’ll do the planning, so you can do the holidaying. Unsure what to get up to in Melbourne...